The new Museum Reach section of the San Antonio River Walk Extension is now open. We took a family stroll down and back and it was really impressive to see what they’ve created. When we first heard the riverwalk was expanding north up to Witte Museum and close to Mahncke Park and Alamo Heights we pictured restaurants and bars like you see downtown. It’s actually quite the opposite, there is way more attention to leaving the natural surroundings intact and playing off nature with the design. Additionally this new Museum Reach is centrally designed around art, appropriately so as it passes directly behind the McNay Art Museum. There are many permanent artwork exhibits built into the design, the most prominent being a faux bois sculpture by Mr. Dionicio Rodriquez of a grotto at Lexington Avenue. One thing we did notice being from California, land of the beach boardwalks, is that the design is not that conducive to sharing the path between bikes and pedestrians. I wonder how long it’s going to take before the city is forced to address this issue. They will either have to widen the path or ban bikes all together. The next phase the city is working on is the south of downtown portion called the Mission Reach. Here are some pictures we took at opening weekend of the newly opened Museum Reach section, it’s really cool so if you get a chance make sure to stop by and check it out. 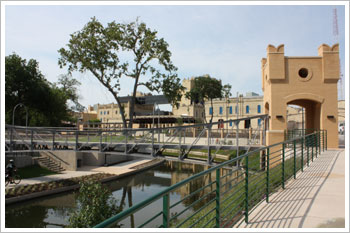 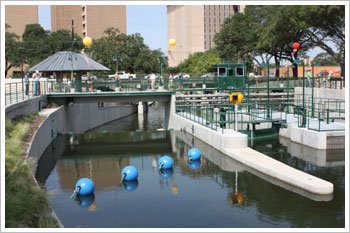 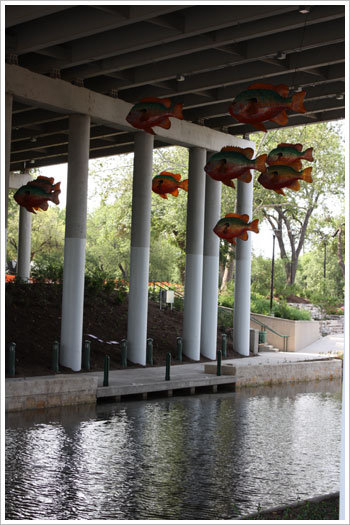 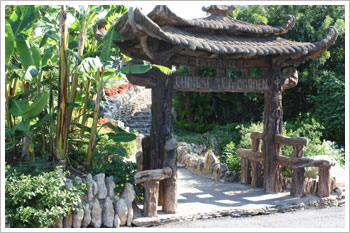 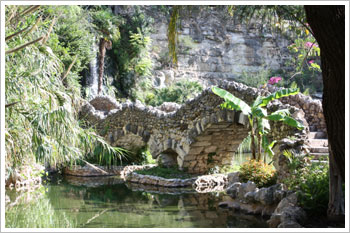 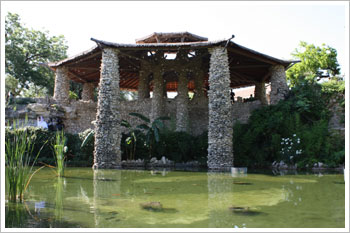 The Museum Reach of the San Antonio Riverwalk extension project was filled yesterday as the water from the San Antonio River was allowed to flow South past Josephine Street into the brand new section. It’s not officially open to the public yet as the ceremony is planned for the end of May but since it’s really affecting our real estate investing activities we rushed down to take a peek. Below is a pic behind the revamped Pearl Beer Brewery and as you can see the water is rising and the landscaping is almost finished. 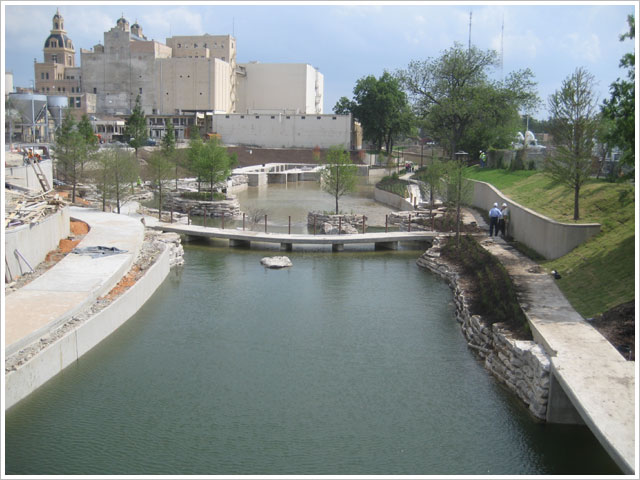 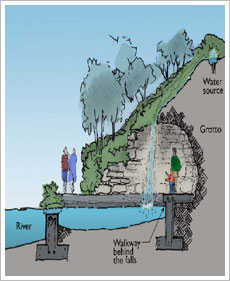 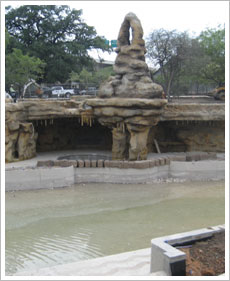 Additionally there has been progress on the “Grotto” farther South at Lexington Avenue. The pedestrian sidewalks wind under a false rock façade creating a cave-like atmosphere with a waterfall cascading from above for everyone to enjoy. The grotto was designed and constructed by a local San Antonio family, who have been involved as a tradition in this type of artwork. Mr. Dionicio Rodriquez started by making the faux bois Bridge at Brackenridge Park in 1926 and the unique bus bench in Alamo Heights on Broadway, which is actually made of hand crafted concrete. His grandson Carlos Cortes is carrying on the family tradition with the grotto project on the Riverwalk. There is a cool jaguar head that resembles a skull over the stairwell that takes you from street level down to the grotto. If you couldn’t tell already I am really excited about this project, the Riverwalk is currently the 14th largest tourist attraction in the country and now that it’s reaching through residential areas its dramatically changing San Antonio. This grotto is neater than anything I’ve seen at Disneyland and furthermore it’s free and open to the public. 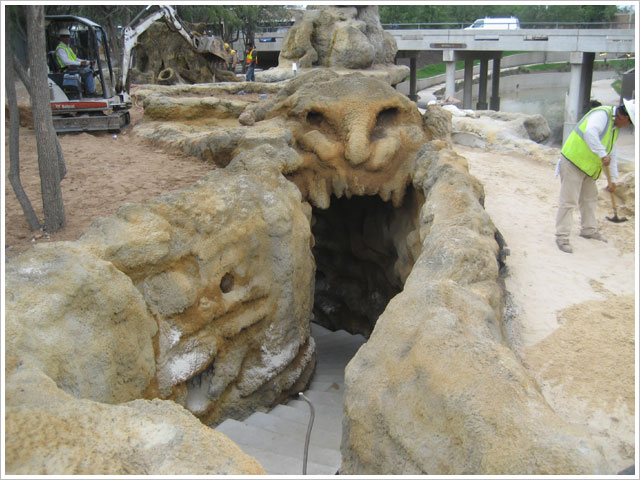 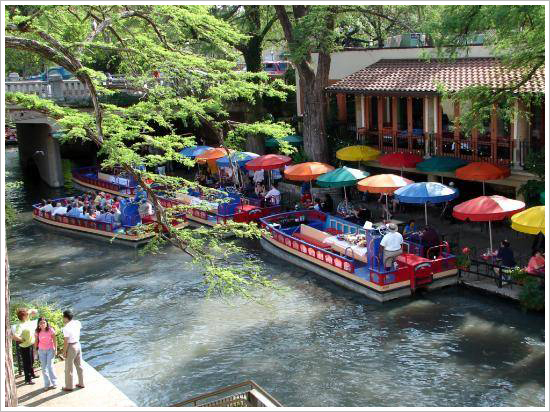 The San Antonio Riverwalk is one of the most dynamic tourist attractions in the whole state of Texas. Forbes rates The Riverwalk as the 14th most visited tourist attraction in the country with over 5 million visitors per year. It brings $800 million a year into our local economy. With the new extension project, The Riverwalk will expand along the San Antonio River North all the way to the Witte Museum and South all the way to the famous San Antonio Spanish Missions National Park. The new extension plan, officially called The San Antonio River Improvements Project, will offer walking trails, parks, sidewalks and even a grotto with waterfall along the way. The entire Riverwalk Expansion Project will be done in phases and will total over 200 million dollars. The Northern push is named the Museum Reach and is scheduled to be complete in Spring 2011. Part of this Museum Reach develops the river along the old Pearl Brewery that’s currently being renovated as well to include retail and residential loft space. The Southern part is called the Mission Reach and is broken down into 4 phases, the first being almost complete now and the fourth to be completed in 2012.
Why am I telling you about this? It presents a huge opportunity for investors. Real estate investors have been focusing on older neighborhoods that are adjacent to, or near this new development. A huge opportunity now exists, as previously undesirable older areas near downtown are now the hot new thing. Picture yourself walking 2 blocks from your historic home and jumping on the water taxi and going downtown for dinner and drinks. No parking, no traffic, and a built in designated driver. This project is going to dramatically change many neighborhoods and add an exciting new urban element to San Antonio living. If you are interested in investing in this opportunity, click here as we have done all the research and can guide you into the areas that we are investing in and are betting will benefit. Here are some recent pictures we took of the progress as well as artist renderings of how the project will look.