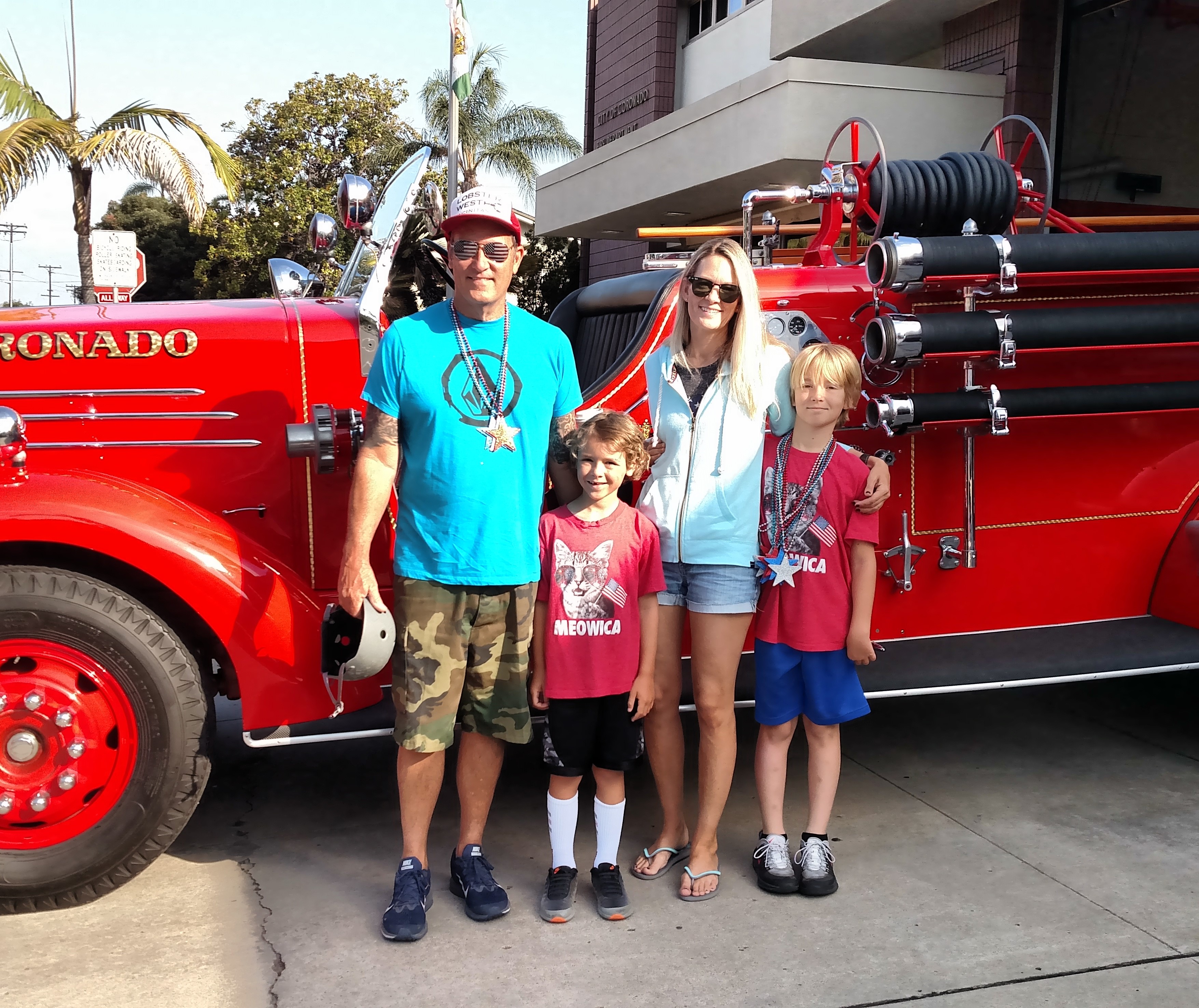 Tom Tarrant lives in Encinitas, CA with his wife and 2 boys and enjoys soccer, football and the beach with his family. He moved to San Diego in 1983 to attend San Diego State University. Tom comes from a family involved in Real Estate and construction although his passion was surfing, skateboading and snowboarding.

A third generation custom home builder, he takes pride and has a lot of passion in everything he does and it shows in his projects here on the website. A native Texan, Tom’s lifelong clients and business associates find him to be a very hard worker, personable, honest, and a straight shooter. Tom started his house flipping career in 2005 with his girlfriend at the time.

Flipping houses in San Diego soon came to an abrupt halt in 2006 when the housing market crashed. The pair packed up and moved to San Antonio, Texas to fix and flip homes. They soon gained nationwide attention, were featured in local publications and approached several times for their own TV Show. Tom showcased his renovations on his website and documented the remodeling with a YouTube channel in 2008. His many videos gained immense popularity, getting him thousands of subscribers and over 1,300,000 video views!

Tom specialized in the early days with Architecturally significant homes, Arts and Crafts homes, Victorians and moved to structural remodeling including room additions, complete rebuilds and eventually new construction. After years in construction he finally got his General Building Contractors license in California, CSLB Lic# 989348 which is still active today although he does not contract out but focuses on building his own projects.

Tom is not a Realtor but with 100’s of transactions he has more experience buying and selling homes than most full time real estate agents. He has seen it all and can help navigate probate sales, homeowners who are behind on payments, family trust situations and especially problem tenants. Green Button Homes is only a renovation (house flipping) company, Tom is not a Realtor and does not sell, list or show property but relies on the many agents he works with to handle this part of his business.

If you are looking for San Diego house flippers, considering selling your house “as-is”, or asking yourself “who buys houses?” Tom Tarrant makes it easy and always strives to create a win-win deal for both parties. Even if you are not ready to sell now, give Tom a call and he would be happy to have a chat with you and provide you with an option of selling the home as-is with no realtors.

Green Button Homes is the most trusted and most experienced “We Buy Houses Company in San Diego.” With 15 Years experience, you are in good hands. You deal straight with Tom and not a huge company, every home seller is treated like a friend and we find solutions to any of the other issues surrounding the transaction you might need help with. Call or Text today to get started (619) 438-0234 or email tom@greenbuttonhomes.com.