A Glimpse Of Yesteryear 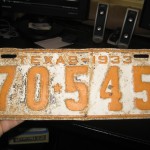 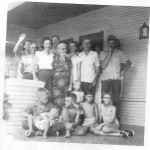 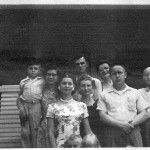 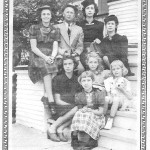 We had a suprise visitor to the project, one of the 7 sisters who grew up in the house after her dad built it in 1923. She was amazed at what we were doing to the house and commented on the fact that the original stained glass windows were still present. Its hard to imagine a family with 7 daughters growing up in this modest 2 bedroom 1 bath bungalow. Pretty cool that she stopped by and brought me these old photos of the house, I wish I would have had them earlier when I was rebuilding the missing porch columns so I could have seen how it looked. When asked if I found anything in the attic, all I could really mention was the 1933 license plate that I found under the house, no doubt it was from her dads car. I’m glad she didnt ask if she could have it, I’ve really become attached to it. One of the other sisters is coming down from Dallas soon to also see the house. I had a cool idea for the marketing campaign when the house is done, I’m going to bring in a 1920’s Model T and park it under the porte cochere for the open house and mls pics.