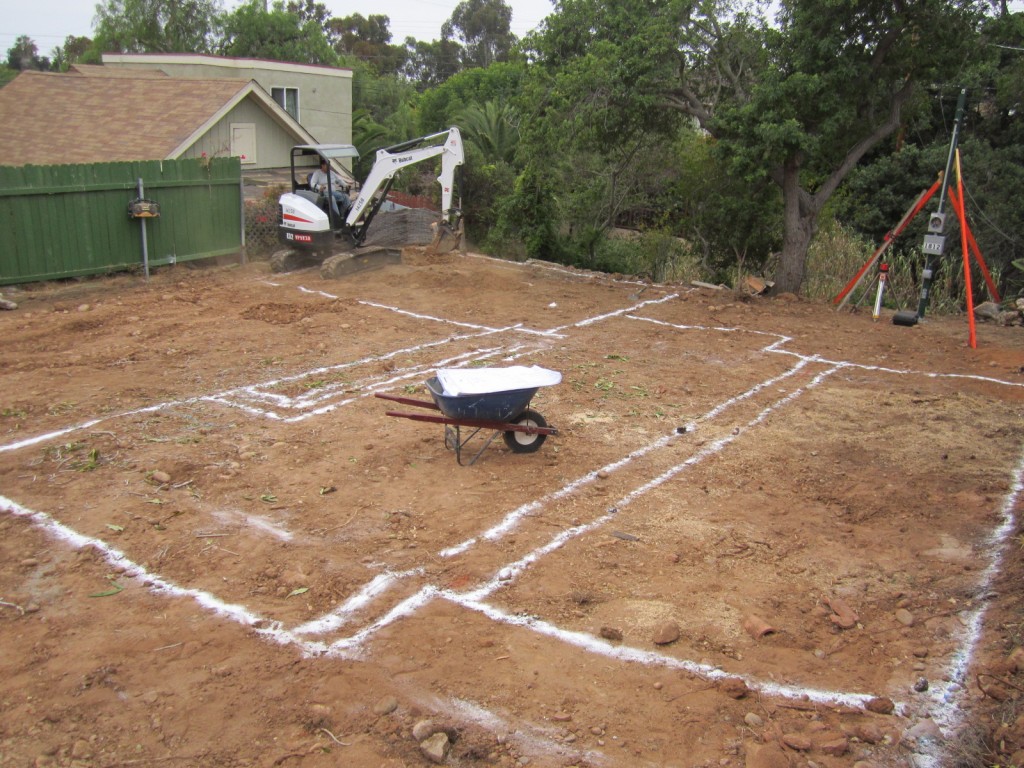 I have officially broke ground in South Park. This is not a big house but its really crazy to see it marked off on the lot and try and picture walking through it, it looks very small. First order of business was a light Bobcat grading of the lot and setting a Temporary Power Pole which has to first be inspected by the City and then hooked up by SDG&E.

Did you know that all new single family construction in San Diego now require fire sprinklers?, doesn’t matter if you are right on the beach without a tree in sight. Not a big deal after all, I found a licensed sub contractor who will install everything at the rough-in stage for $2100.

There is a 30′ height restriction in our zone but that doesn’t mean you can be 30′ high at the front of your house. If you draw an imaginary line at the 15′ front setback point and then go up 25′ and create a 45 degree angle back to the 30′ height, this is the envelope you cannot cross.  All bathrooms with a tub or shower also now have to have an exhaust fan with a humidistat, even if there is an opening window. CO2 detectors also now have to be upstairs as well as downstairs for current codes. 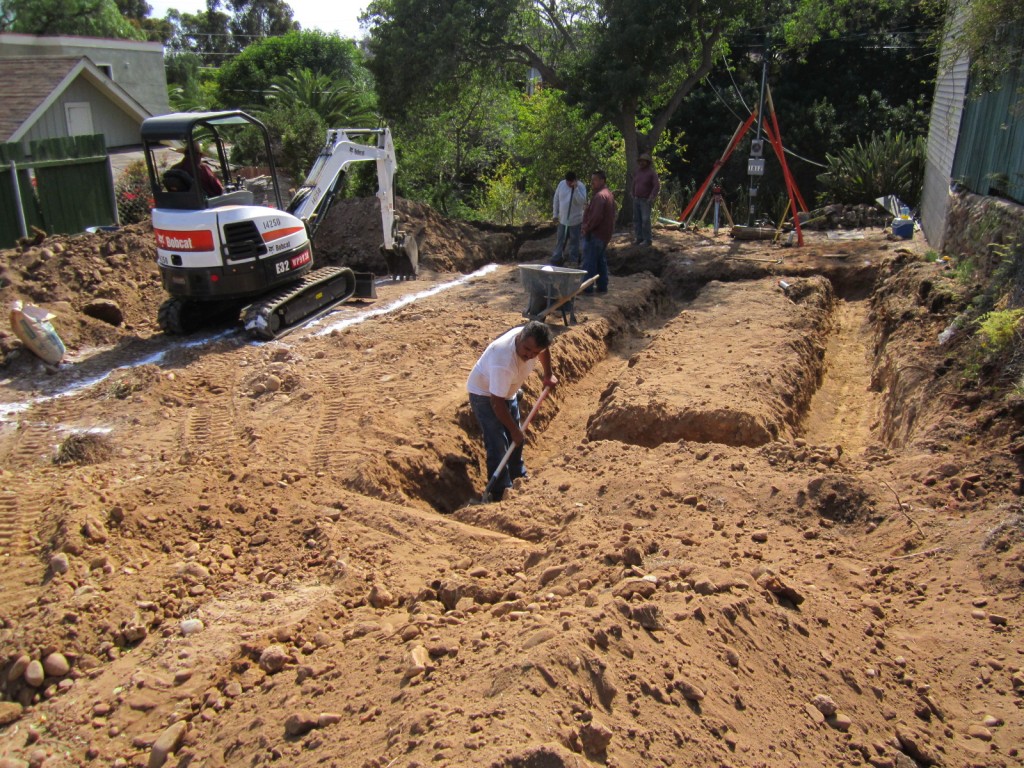 Since the house is going to be on a raised foundation, I rented a mini excavator for the day from my favorite place BJ’s and we dug all the footing trenches. I’ve never re-measured and re-squared anything in my life, its such an important step getting the house in the correct position on the lot. We had the property line markers to work from that my land surveyor installed, so we set up strings and then transferred the footing locations onto the ground.

Soil testing in San Diego is the first step of your project. A few months back I had a soils test done, they found native soil under about 1-2 feet of fill. Although the footings for a 2 story house only have to be 18″ deep, we had to dig 2-3 feet in order to reach the rock hard native soil. The soils company will now come and re-inspect the trenches before we start on the forms and sign off that its correct.

If I hadn’t done the soils testing the City could have, at their discretion, made us take apart the forms and dig the trenches deeper if they felt the soil conditions were questionable at the time of form inspection. This happened to a friend of mine last year. The soil in our area is very good, not expansive and rock hard so this house isn’t going anywhere.

Additionally, I plan on using a little more rebar that the minimum building code calls for, just for piece of mind as well. After the soils testing  inspection is the critical part of form-setting which has to be perfect in order to create the level foundation from which everything will rest. Once all the forms are set and rebar in place, then the City comes and inspects it for accuracy before concrete can be poured. Its so exciting to build our own home!