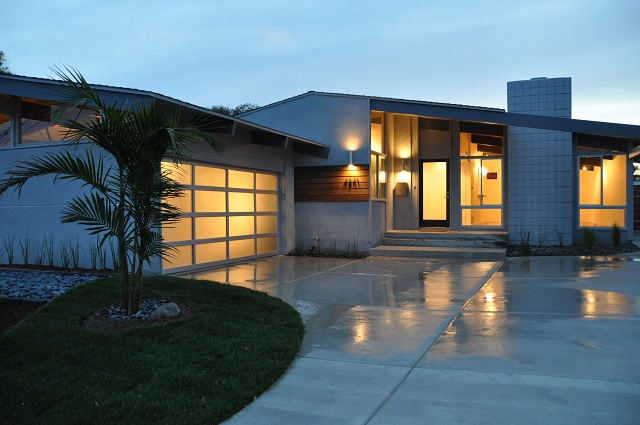 After just 3 days on the market I sold the MCM project. We strategically rushed to put the home in MLS on Thursday, knowing that it would generate enough attention before advertised Saturday and Sunday Open Houses. My real estate agent Jim Klinge of Klinge Realty did a phenomenal job at taking the photos and marketing. Each day we got way over 100 visitors through the Open House, mostly home buyers and agents but we had other investors and blog followers from both Bubbleinfo.com and my site stopping by to check out the project and meet us as well.

The project got rave reviews from everyone, we didn’t hear even one comment that it was over priced. People were really excited about our Mid-Century Modern renovation and we even had some modern house fans that came through after the project was promoted on the local site Modernsandiego.com. The original owners of the house also stopped by to see the transformation, not disappointed and very appreciative of our respect for the original design.

I heard a lot of comments from home buyers saying they were so tired of seeing all the typical rehabs, same materials and predictable style. While the MCM thing is hot right now with the “in” crowd, the masses probably aren’t ready for it. By the end of the weekend we had received 3 offers, 2 of which went to highest and best and Monday afternoon we picked one. Its always hard to choose when the buyers are so nice, great young families and frustrated with finding a house in this crazy market.

Jim Klinge was so ethical that because he was representing one of the buyers, he had the other agent send their highest and best offer directly to me so he couldn’t advise his client what to write and automatically win the bidding war. How many agents do you know that would do that and be willing to lose the commission from the buying side?

All in all, it was a great project and I am looking for more. If you have a house to sell We Buy Houses in San Diego give me a call or send an email here to this site. Especially if its a Mid Century Ranch house! Sell any house in San Diego fast and for cash.