My 1962 Leonard Drogin MCM remodel in the San Diego neighborhood of Bay Park is really coming together! 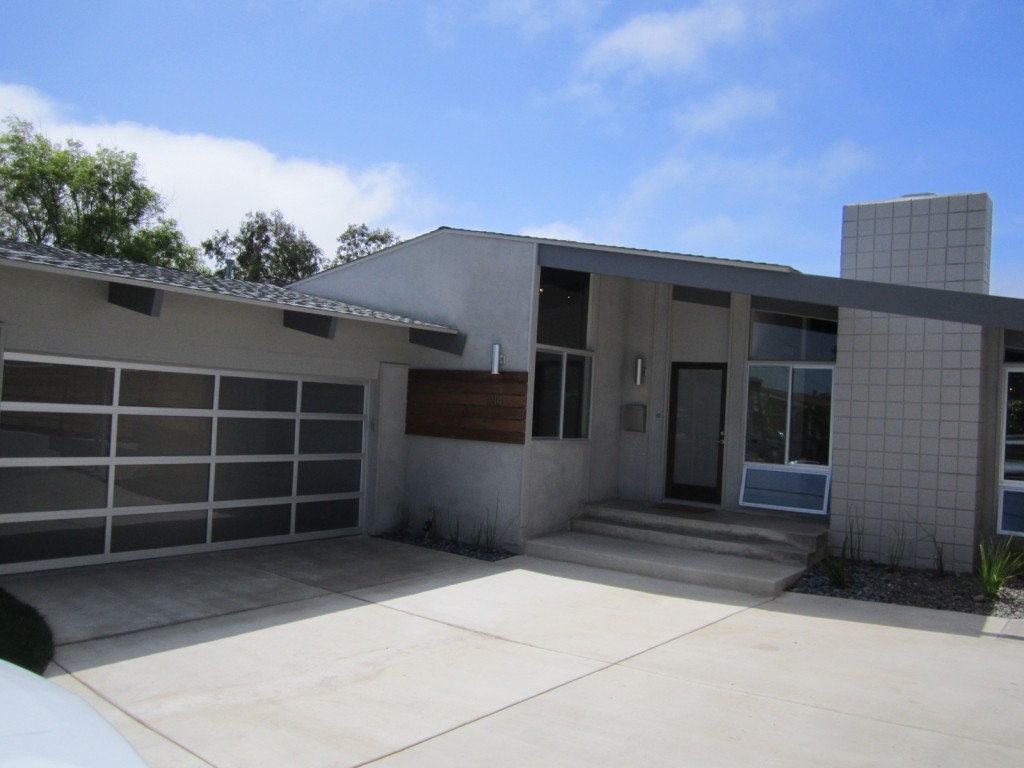 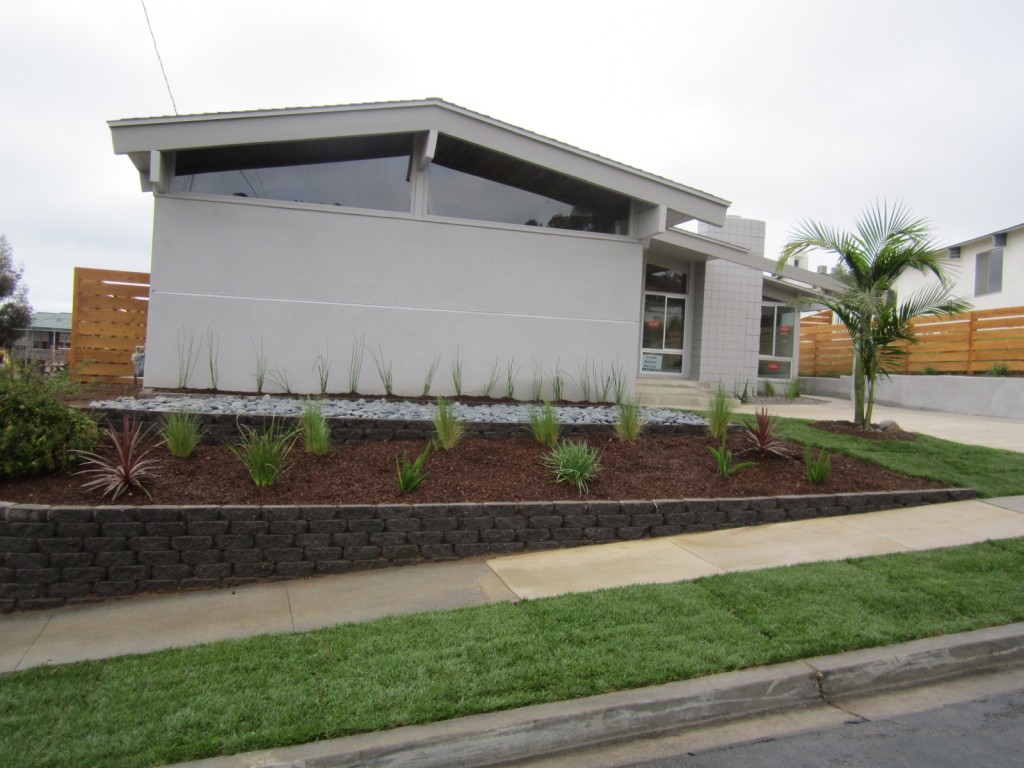 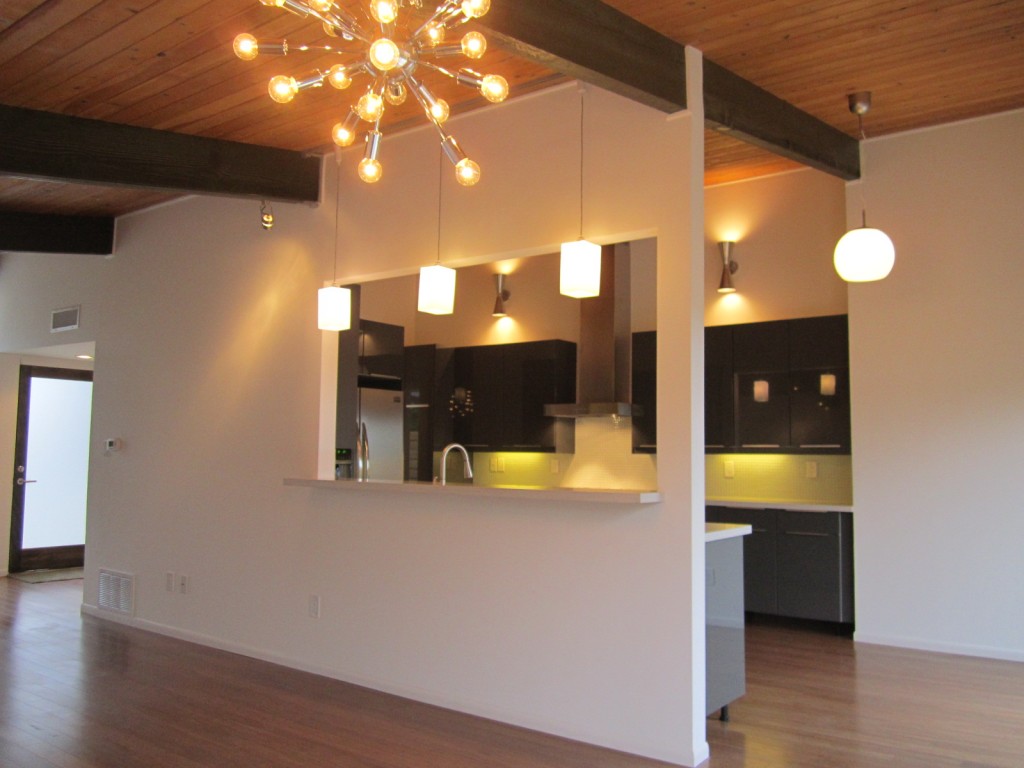 Since my last blog post we totally transformed the outside of our Atomic Ranch House/Mid Century Modern project. I built a modern horizontal wood fence for the first time, it was way more labor intensive because the boards were all custom cut and had to be pre-drilled and screwed rather than using a nail gun.

I used 1″x8″ cedar for the fence boards and 2″x2″ ledgers on my posts to secure them. I didn’t use pressure treated posts because I wanted to stain them to match the boards so the ends had to be treated before we set them. When I set the posts I also kept the span under 7 feet so the span wasn’t too long which would let the boards warp out.

I sprayed a Behr semi-transparent fence stain in Natural color to seal the wood. Its looks great, kind of a modern style privacy screen rather than a fence and because the yard isn’t that big it provides privacy while still not making you feel boxed in. The fence is classy and sleek, the horizontal lines totally compliment the architecture I feel. After building the fence I had the stucco guy come back and do the retaining wall along the driveway to match the house as it was sticking out like a sore thumb after everything else looked so great.

Out front I had to terrace the yard a little because of the challenging hill we had to deal with. My favorite look with modern house design is the river rock combo with the Horse Tail plants. These are the reed type that I planted along the front of the garage and house. I added just one obligatory Queen Palm on an island to give a tad of privacy between the street and the front door.

Here’s another sizzle feature, check out this cool satellite shower head I put in both bathrooms. The spacey design looks like it belongs in orbit with my other light fixtures and I felt totally goes well with the MCM design. 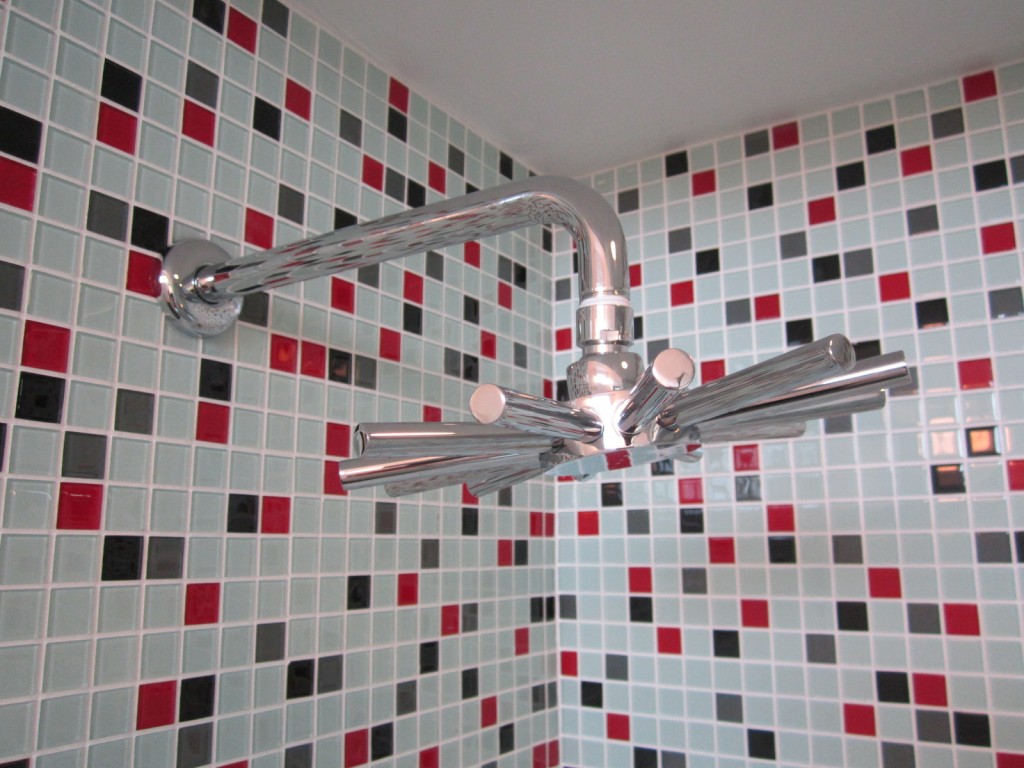 I’m down to this final punch list of items that actually fit on one page so we are getting there. I should be close to on track for a March 30 completion as we are in week 10 right now for this rehab. There are still more fun things I’m adding so stay tuned, a couple more weeks and you’ll see all the bells and whistles. See the final finished pictures here.