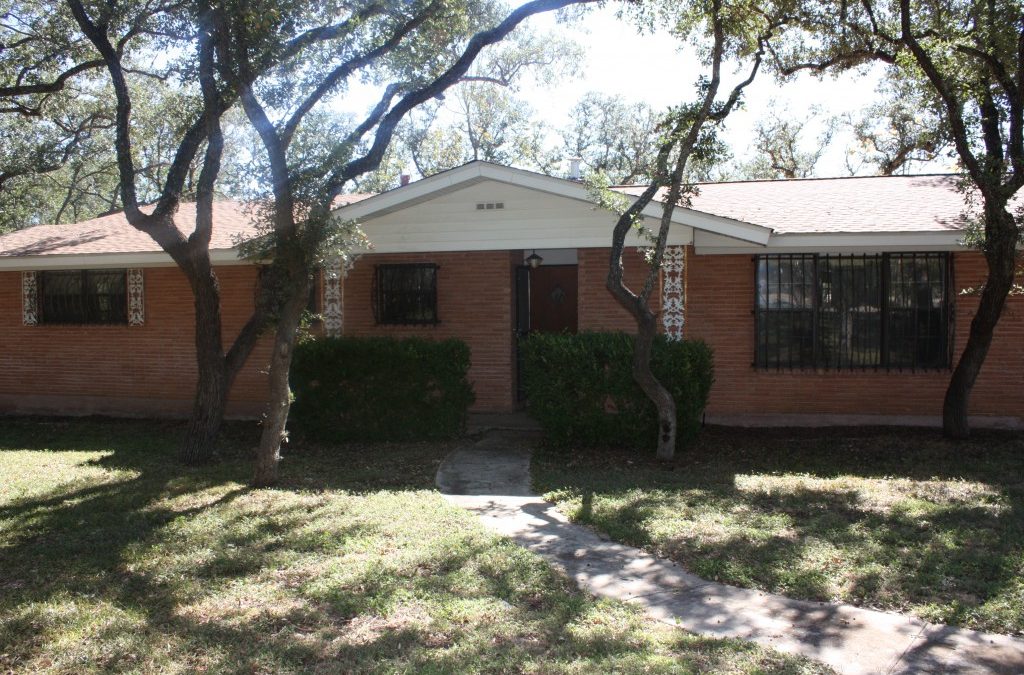 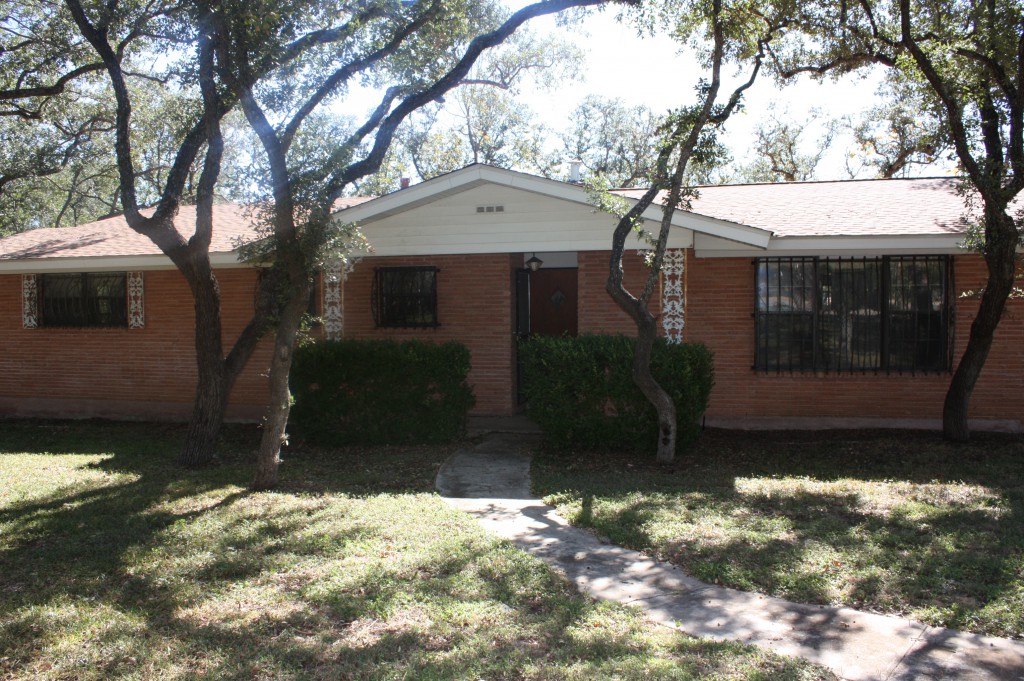 There are many ways to make money in real estate. If you are a regular follower of the blog you know I specialize in major structural rehabs referred to as “Real Estate Merchandising or, Retailing”. Real Estate Wholetailing refers to an investing avenue that is a hybrid between traditional Wholesaling and Retailing.

When Wholesaling Real Estate typically the investor ties up a house under contract after finding a great deal and then scrambles around trying to sell his option, rights, or contract to another party who actually has the funds to close on the deal. Many wholesalers don’t actually have funds to buy the properties but simply act as bird dogs searching out the deals. Good deals always find money. Wholesaling real estate is also referred to as flipping contracts because you rarely ever take physical possession of the property. It’s challenging because since you don’t actually own the property you have a short window of time to line up a buyer who also must have cash to close the deal. Flipping REO’s is common as well and investors find these deals in MLS. Here in Texas the purchase contract actually allows for a option period for up to 2 weeks with as little as $100.00 down. If you write “or assignee” after your name as the buyer you can assign your rights to your third party buyer at the title company. This makes it very easy for wholesalers to tie up deals and then shop them around. In other states like California you would use typical contingencies to let yourself out of the contract and your earnest money would be on the line. Wholesalers typically use bandit signs, buyers lists, Craigslist and other grass roots methods to market their property quickly and try to line up a buyer at a slightly higher price in order to make a profit. A typical wholesaling fee would be around $3-5k but this isn’t much for passing off your deal unless you are wholesaling 5-10 properties a month. In order to find a buyer fast without the exposure of MLS you must have a great deal and pass on the equity to the next investor with a sales price around 55% ARV. This would get you to the 60-70% ARV less repairs that most investors look for. If this is all new to you and sounds great, be careful because if you go around your town tying up a bunch of houses and dont close on them, you’ll quickly get a bad name and the REO agents wont accept your offers anymore.

Wholetailing Real Estate refers to the practice of finding this same deal but closing on it instead of selling your contract rights to another investor. When Wholetailing we like to close on the house quick vs. Wholesaling where we want as much time as possible to find another buyer. You must have the funds to actually buy the house in this case but as the actual owner you are able to put the property in MLS and have way better exposure to potential buyers and increase your net profit. Not all houses make good wholetailing prospects. I look for clean, solid houses in good areas that someone could actually occupy themselves right away. Fixer uppers sell fast in MLS if they are priced right, usually even faster than retail homes. A wholetail house would be something clean enough to live in but priced way below the comps that maybe needs a little TLC. Sometimes its nice not to always butter the houses up with all the latest faux perganteel finishes, and drive retail prices to the max, there’s always a good market out there for solid modest homes at lower prices in good areas.

I bought this house in a great high owner occupied neighborhood here in San Antonio last week for $115,000. It’s a fairly clean original condition 3/2/2 1600 s.f.  ARV is $229,000 all day long, so I paid 50% of the value of this home if it was fixed up. My options would have been to rehab it with a new kitchen, both baths, flooring and paint and spend about $40k in repairs in order to sell it for $229k or in this case I am opting to Wholetail the property in MLS for $159k. At this price its a scream of a deal and my phone is already ringing off the hook. Why did wholetailing make sense on this deal? If I were to have rehabbed it I’d have a cash basis of 115+40=$155k. Selling it to a retail buyer for around $225k, paying some fees and closing costs would have maybe netted me about $65k. Wholesaling the deal would have only brought me about $5k. With my Wholetailing method if the house sells for $159k as it easily should, the profit would be around $45k less 2% realtor fees for only spending a few hours on the phone and taking 2 trips over there. With this deal we advertise it  As-Is so we dont have to contribute to repairs or closing costs. Additionally, I have way less risk at this sales price compared to a full retail sale competing with all the other homes in the neighborhood. A great exit strategy also exists as I could dump it in a day with one phone call for $125k. If you also figure I don’t have to put $40k in for the rehab, my ROI is also actually higher, holding time shorter and less personal time involved in the deal. Consider wholetailing the next deal you get if it makes sense! 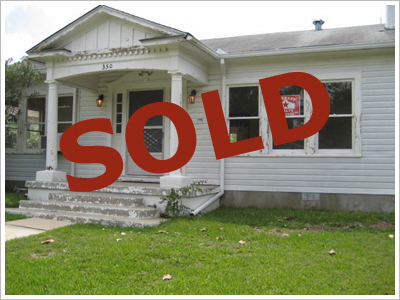 We have some good news and bad news. First the good news, we sold Bungalow #2 to another investor after putting it in MLS and getting a lot of interest on it, this is called Wholetailing.

All cash offer, it closes next week and we got the price we wanted. This 2-week deal will net us a 25% return on our investment and all I did was pressure wash it, take out the carpets and mow the grass. We were able to make a decent profit and still leave some on the table for the next guy.

Had I not already been working on a rehab across the street I wouldn’t have run across this deal. It wasn’t on the market for sale, was not vacant, and according to the neighbors the owner would never sell it and I still took it down. This goes to show that perseverance is the key.

Our rehabbed house, The Craftsman Bungalow is still for sale. Although the first offer we received didn’t work out we are still averaging over 5 showings per week. It’s been on the market 33 days now. No sweat, it will sell. It only takes 1 buyer. As long as we keep getting the traffic we are getting, I am not worried.

The bad news is Hurricane Ike hit Houston pretty hard last weekend and flooded my mom’s house so my wife and I loaded up the truck with a generator, fans, water and gasoline and headed over to Houston to help Mom out.

I had to pull up all the carpets as there was about 2” water in the whole house and had to cut down several large elm trees that had also fallen on the home. It’s a real natural disaster, there are no gas stations open, still no power in her home and a citywide curfew imposed until this mess gets worked out.

Galveston got hit a lot harder, my mom also owns a couple properties down there, both of which seemed to make it through with just some minor flooding. Thank God it wasn’t worse and nobody got hurt, houses can always be fixed. 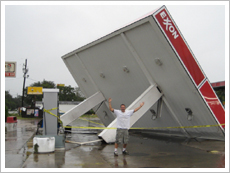 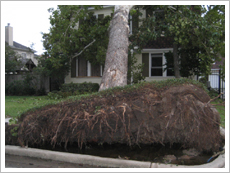 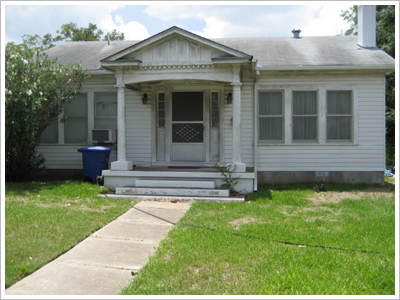 After 19 days on the market and 15 showings we finally received our first offer on The Craftsman Bungalow. We are getting great feedback and have had tons of showings personally to buyers driving around without an agent.

This offer was from a lovely young couple who are first time home buyers and not represented by an agent, thus saving us 3%. They still came in about 10% below our asking price, not a bad offer if we were your typical homeowner sitting here with years of equity but since this is an investment property for us, that 10% would represent a nice chunk of our potential profit. We countered their offer over the weekend so we’ll see if they are able to come up a bit. I have a feeling they were stretching already but we’ll see.

In other great news we closed on our next house last week as well. It’s actually on the same street as the other house but larger at about 1550 sf. As I worked everyday on the Craftsman Bungalow I noticed there was another vacant house 4 doors down.

I asked the neighbors what the story was, all of them telling me that the owner lives out of state but would never sell. One neighbor actually firmly instructed me not to contact him because it would be a waste of time because even if he did decide to sell he had promised the house to this guy’s daughter.

Did I listen to the neighbors? Of course not. I made contact and ended up closing the deal at 51% ARV. The day we closed I put it in MLS wholetail at 70% ARV and we’ve had about 8 showings already on this “Bungalow #2.” We figured we would throw it out there for a few weeks and see if we get any bites and if not our plans are to rehab this as our next project.