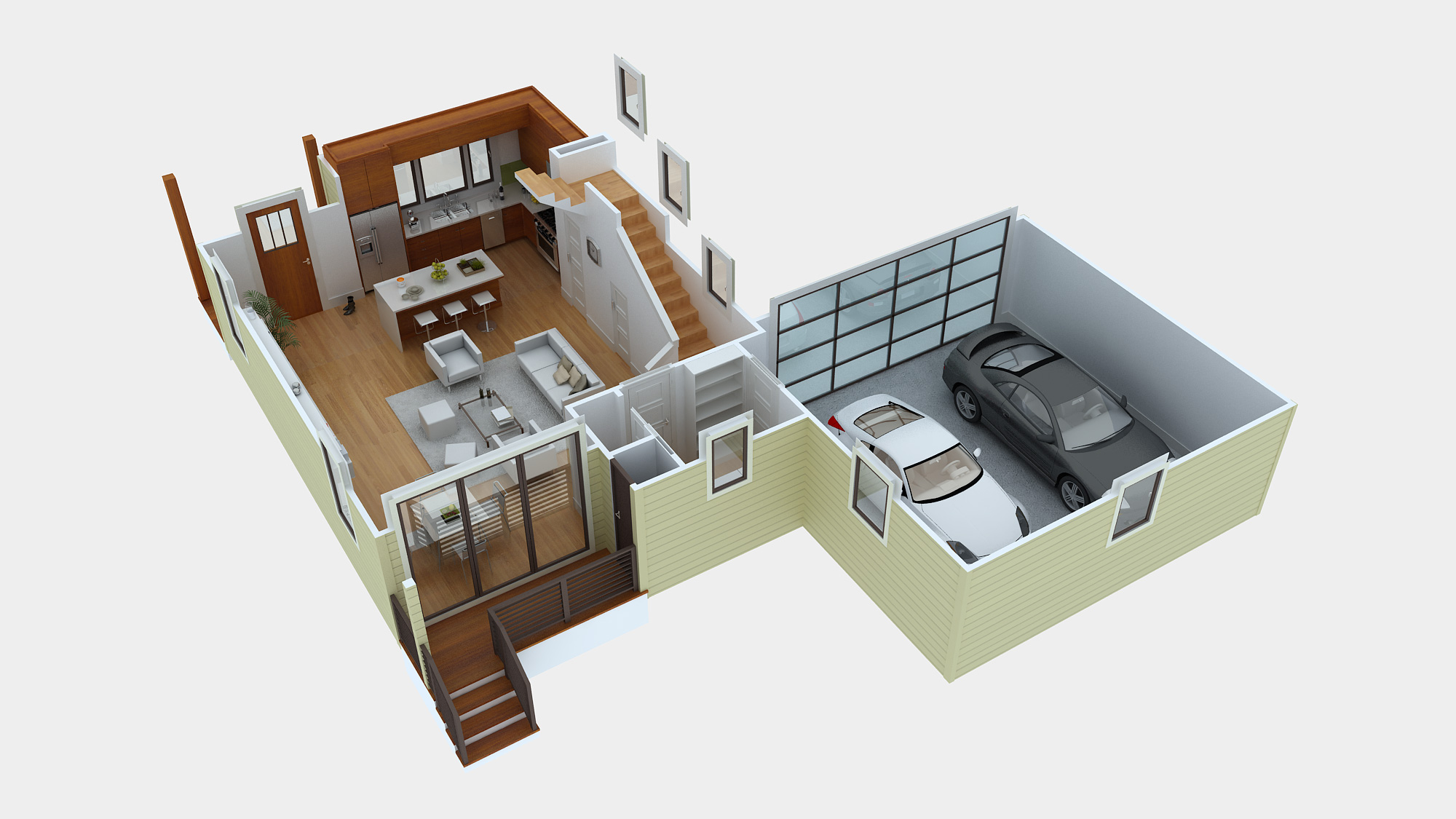 Here’s my South Park floor plans modeled in 3D. Make sure and click on the pics to zoom in and take a look around, make yourself at home! This custom house is being built in the San Diego neighborhood of South Park by Green Button Homes. Nothing like this has been done in the area, we are San Diego’s cutting edge design/build general contractor! 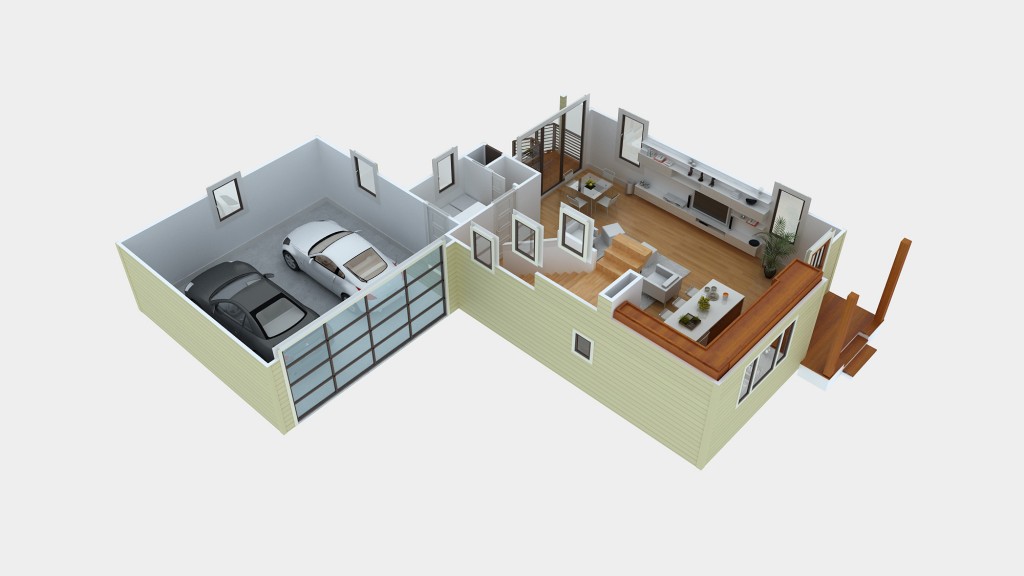 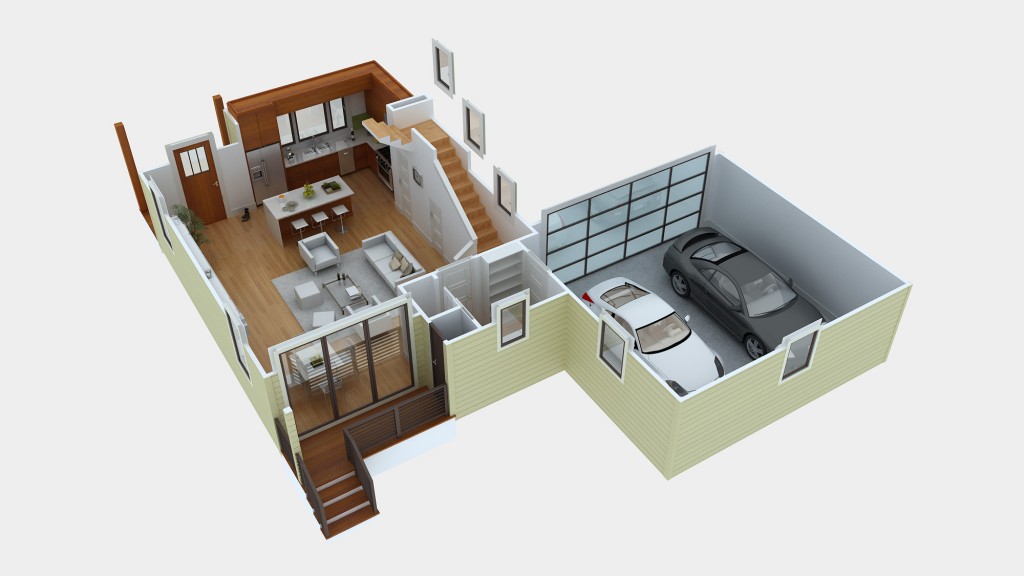 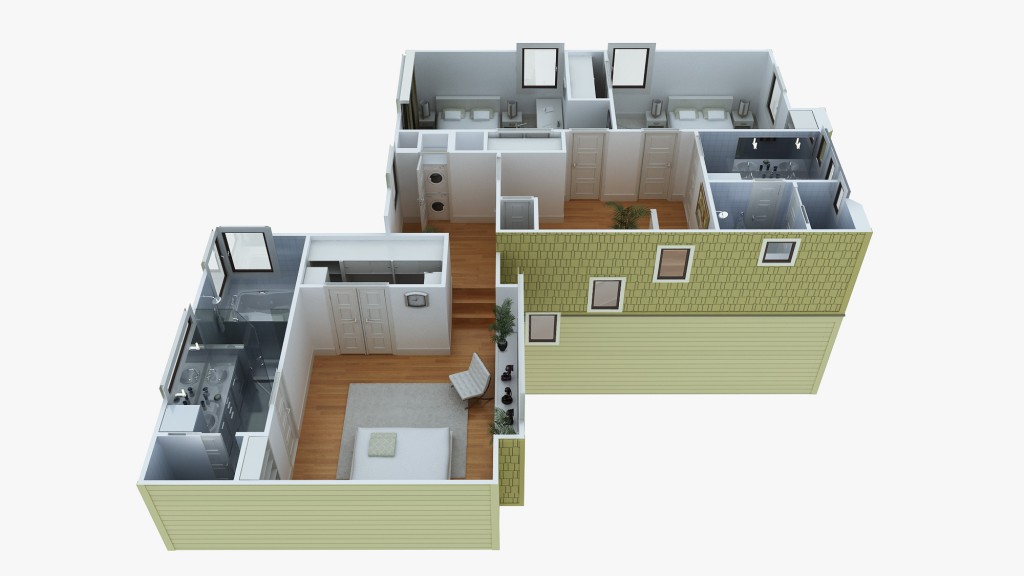 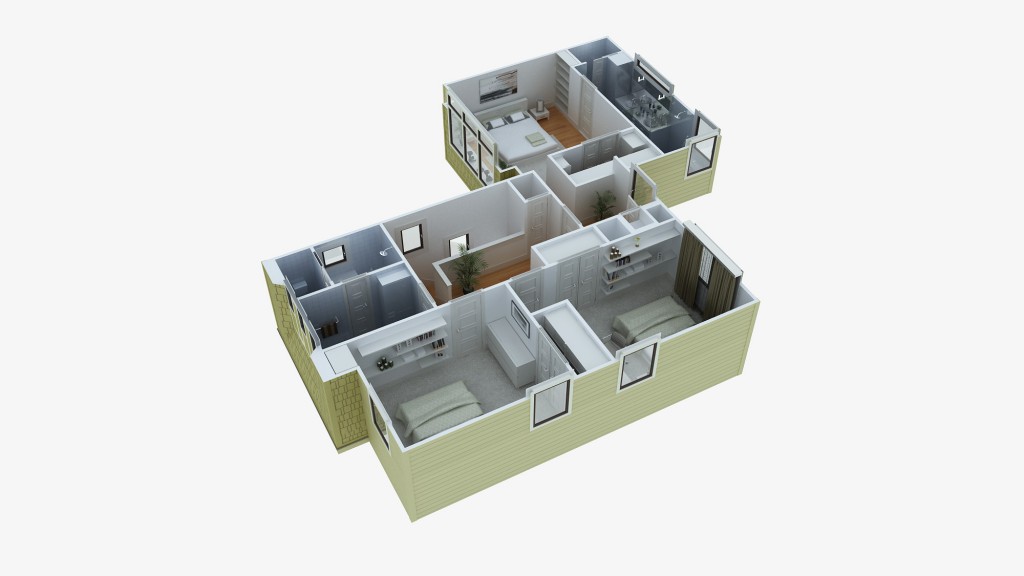 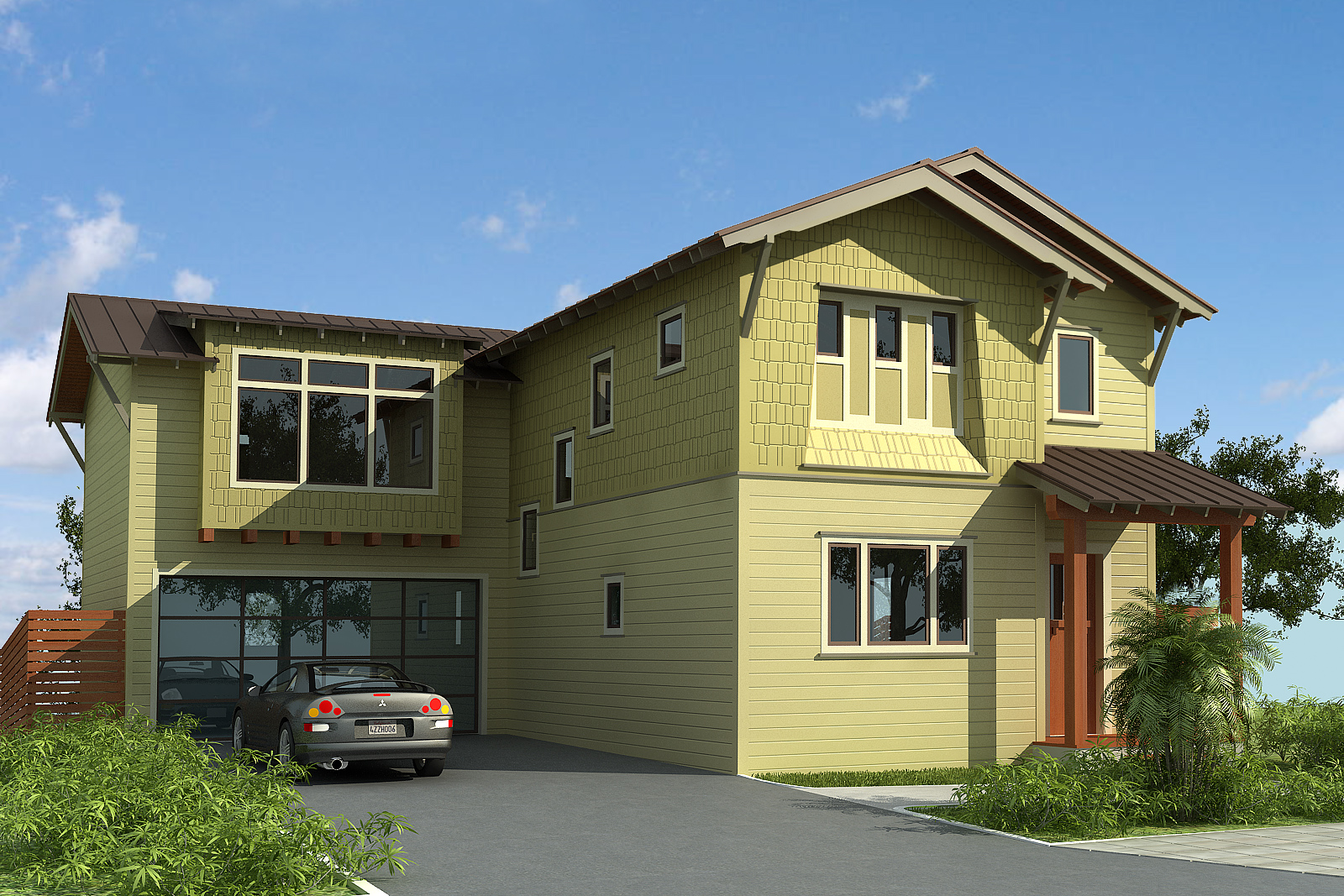 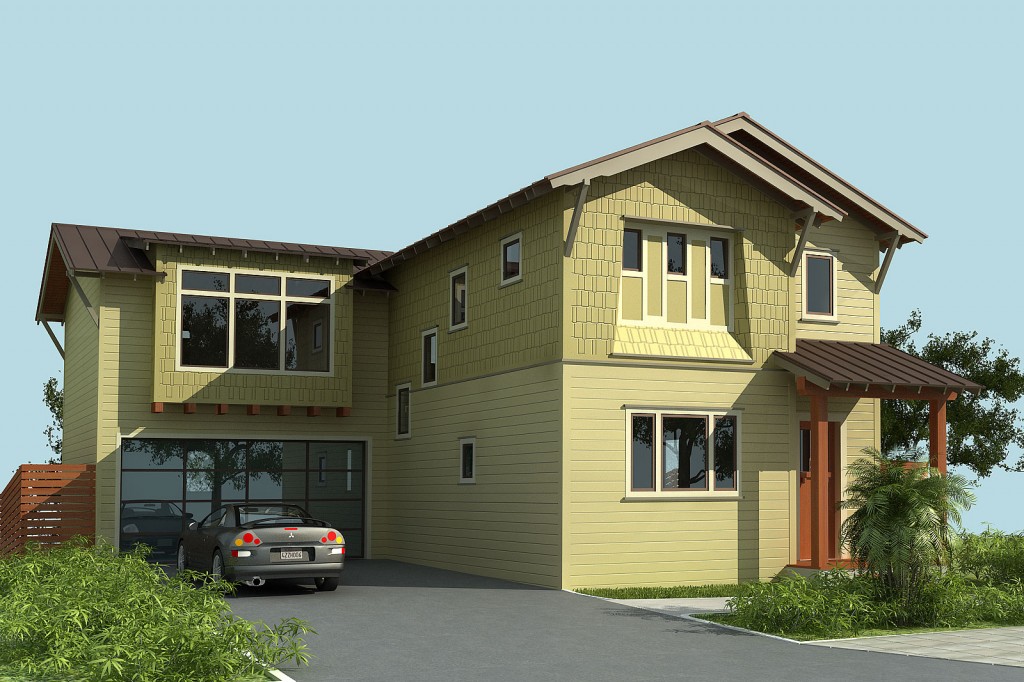 Here’s my South Park project modeled in 3Ds-Max with V-Ray. Refreshingly modern and comfortably traditional all at the same time. Exploded views of the upstairs and downstairs floor plans coming soon! 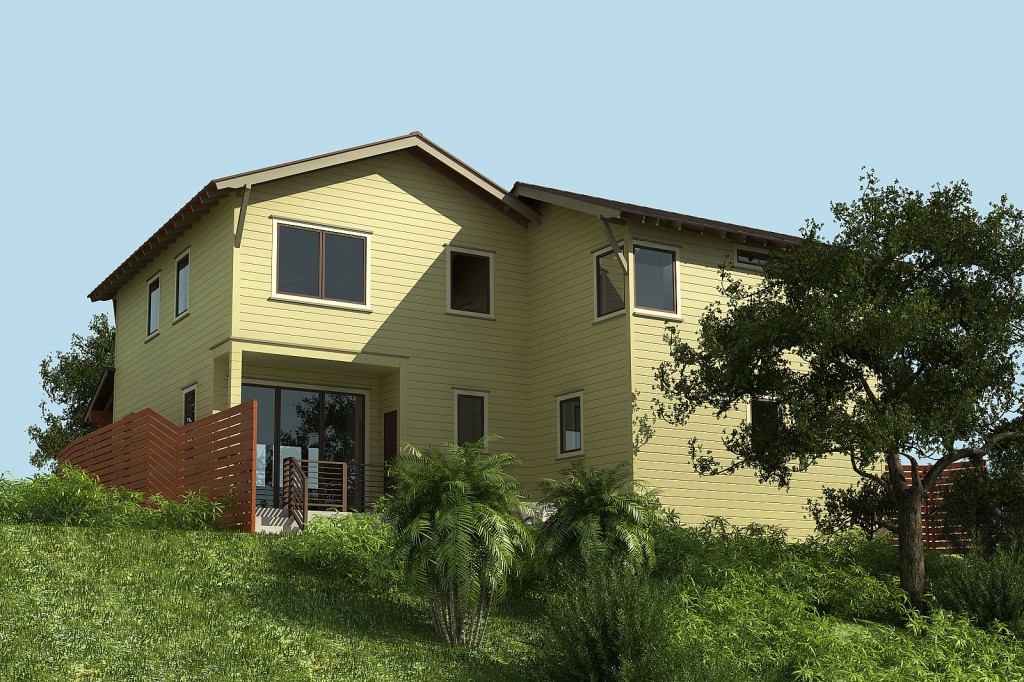 Great news this week, we are going New Construction in South Park and building a killer brand new Craftsman Bungalow for ourselves on a canyon lot. I dug this deal up straight ninja style, no MLS listing, no For Sale sign in the yard, just some driving for dollars, looking up the owner on the tax rolls, a cash offer and we closed 5 days later. A build-able vacant lot, with utilities, in popular South Park is virtually unheard of. You’ve seen us do some Major bungalow transformations such as The Hat Trick House, The Neighbors House and The Target House but stay tuned and see what we’ll build given the opportunity to start from scratch and build one for ourselves! Plans are in the works, I’ll show you guys soon our design ideas. Stay tuned, 2012 is off to a great start!

Here’s a great 1920’s bungalow project. It’s a bank owned REO in a highly sought after neighborhood. I missed this deal yesterday literally by hours. By the time we went to submit an offer they had just accepted another one. There’s another great investing tip back story with this house, I’ll share it after I know it’s gone for sure.